WHAT TO SEE IN CYPRUS

Enjoy versatile Algarve in peace? Book an adults only hotel in the Algarve region in the south of Portugal. This southern Portuguese region is characterized by a wide range of seaside hotels and resorts, a fantastic coastline with idyllic bays and picturesque villages. Relaxation comes first in these top 10 adults-only hotels. No screaming children at the swimming pool. Enjoy your comfortable room and the hotel services like a wellness center. Welcome to sunny Algarve!

ONLY ADULTS HOTELS IN CYPRUS 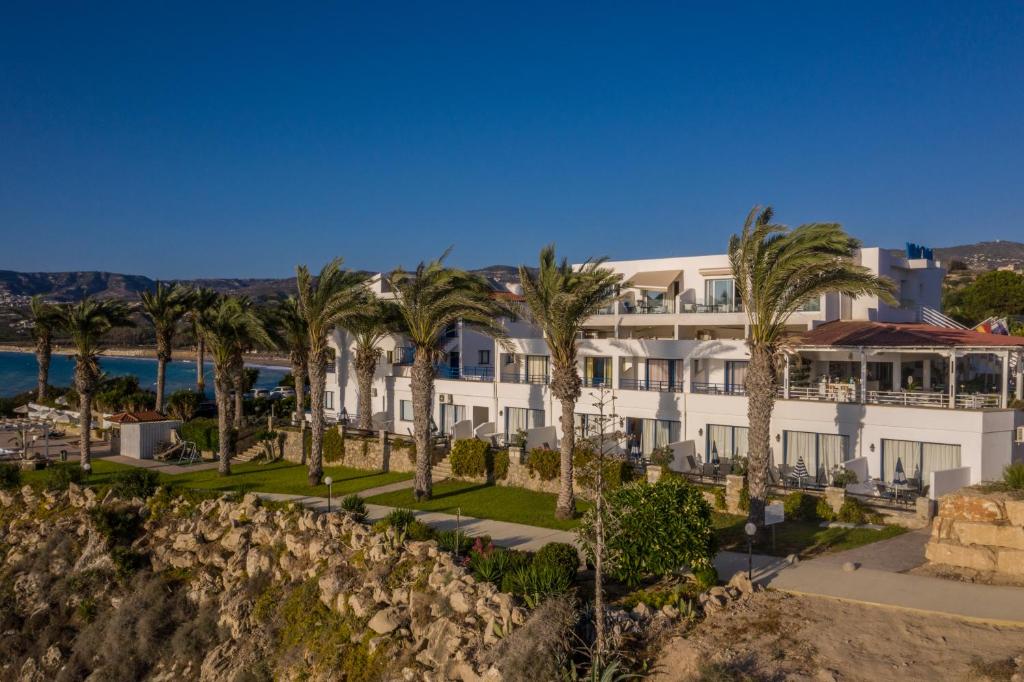 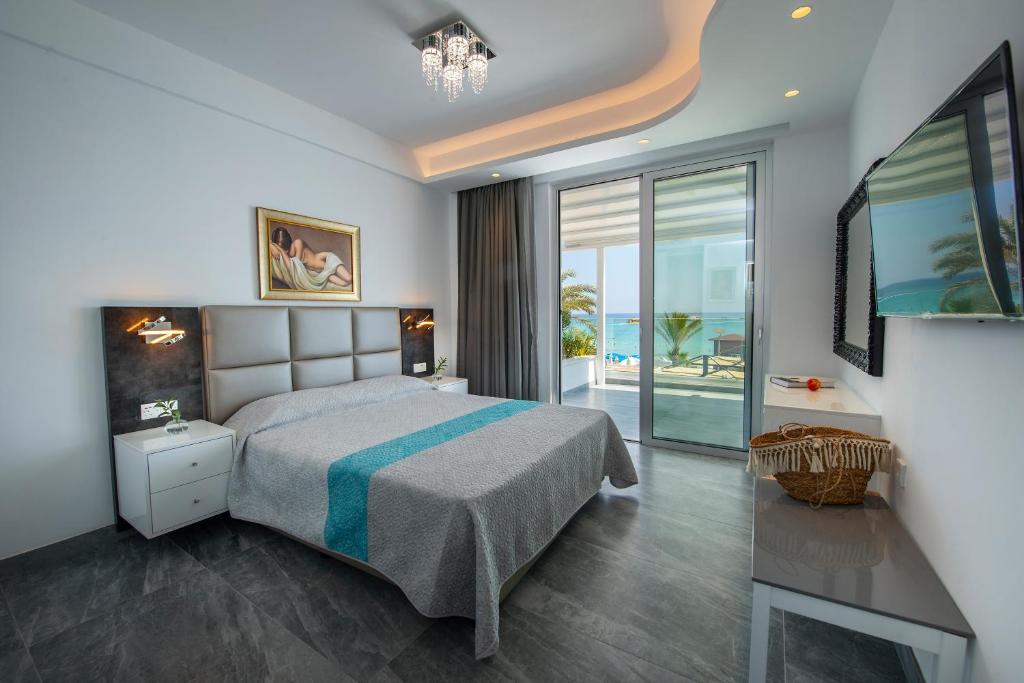 Leonardo Crystal Cove Hotel & Spa – Adults only is set in Protaras, 3,6 km from Sunrise Beach and 5 km from Konnos Beach. All rooms, studios and suites at Leonardo Crystal Cove Hotel & Spa – Adults only come with a 43" flat-screen TV with satellite channels, tea/coffee making facilities and bathroom with walk-in shower. Some rooms boast a private outdoor hot tub. The hotel is featuring 2 swimming pools and a spa centre. Free WiFi is provided throughout the hotel. Italian and International cuisine can be enjoyed at the on-site restaurants, while refreshing cocktails and beverages are served at the bars. A wide range of rejuvenating treatments is provided at the spa centre.
Read more Book now
9.0 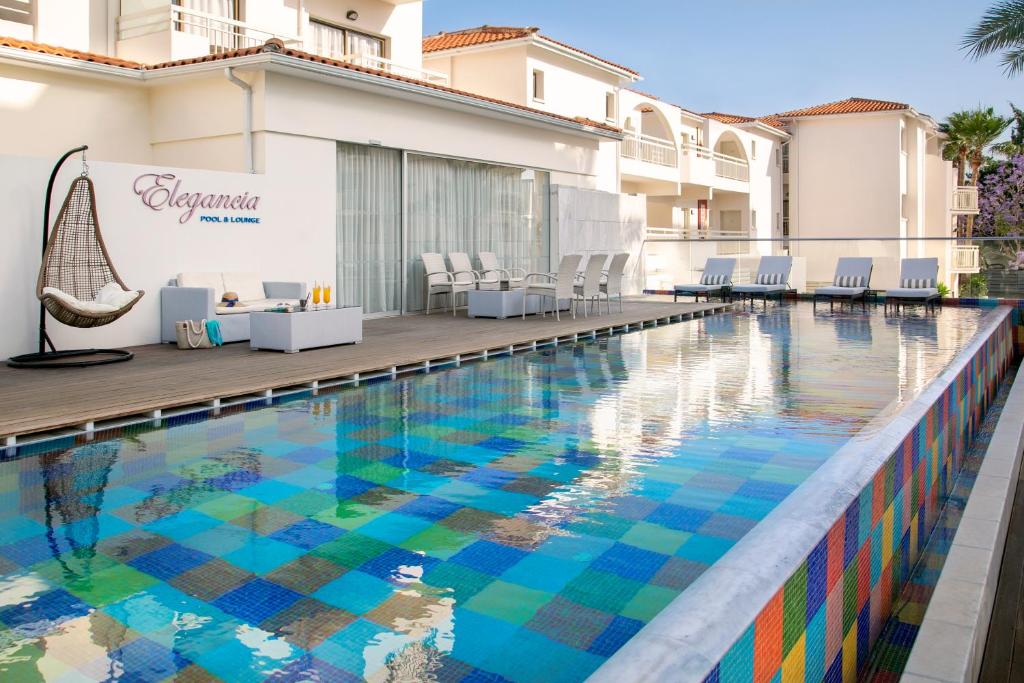 The King Jason - Adults Only is enjoying a peaceful location just a short walk from the beach, the fishing harbor and the ancient fort. Each spacious studio, suite and apartment is well-appointed with modern kitchen and fully renovated bathrooms. The King Jason Paphos features five pools, two bars and a restaurant. You can take a refreshing swim in one of the pools including an outdoor swimming pool, an indoor heated pool and a hydropool with adults only. Piatakia restaurant is the main restaurant with extensive buffets and show cooking area. Traditional Cypriot breakfast is served in the morning. Free WiFi is available in all rooms and public areas.
Read more Book now
8.6 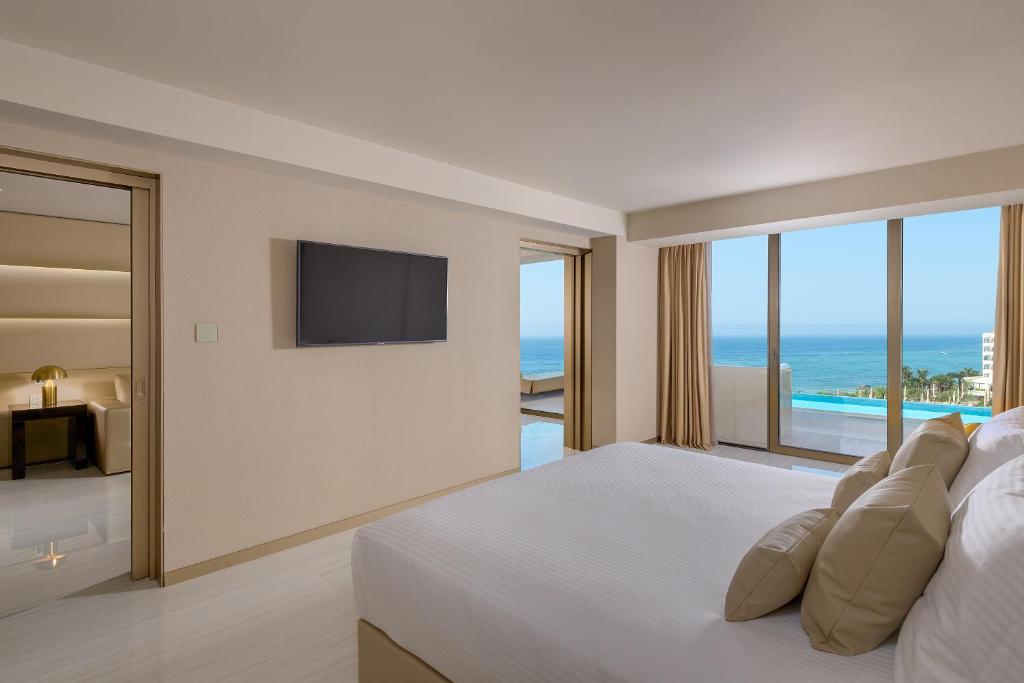 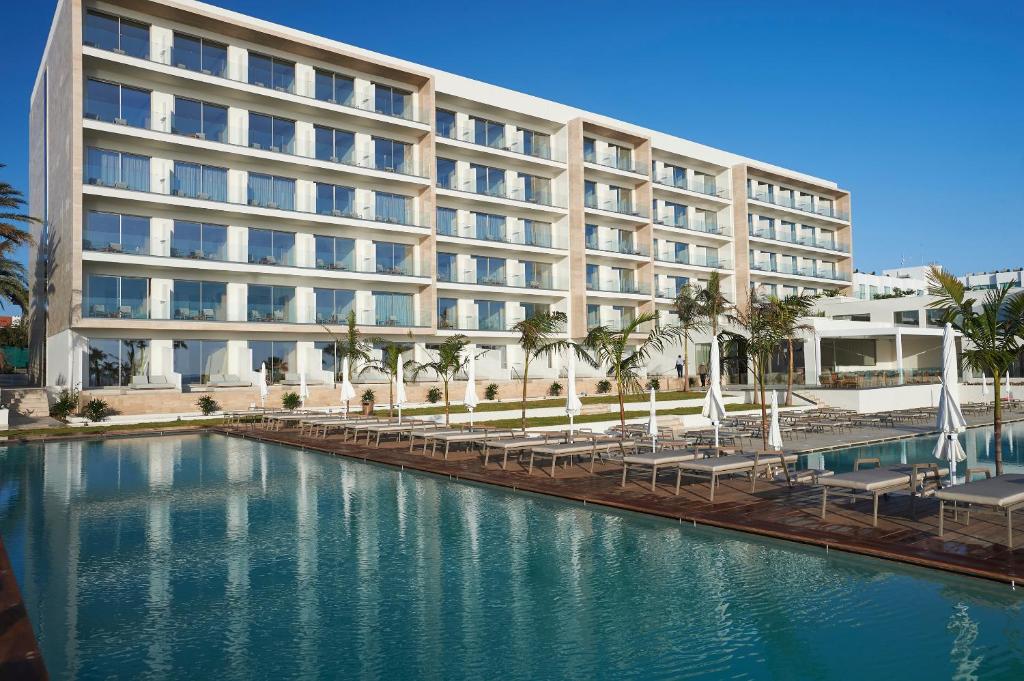 Sunrise Jade - Adults Only is set directly on the sandy beach. The hotel offers elegantly furnished rooms that come with a furnished terrace or balcony, walk-in shower and espresso machine. Sunrise Jade - Adults features a state-of-the-art spa centre, as well as a well-maintained garden with two outdoor pools, one of which is heated. Free WiFi is provided throughout. You may enjoy gourmet, classic American and international cuisine at the on-site restaurants. An abundance of beverages, freshly-squeezed juices and refreshing cocktails is served at the lounge bar and the pool bar. The Jade Spa comprises three treatment rooms, sauna and indoor heated pool.
Read more Book now
9.2

The Ivi Mare – Designed for Adults 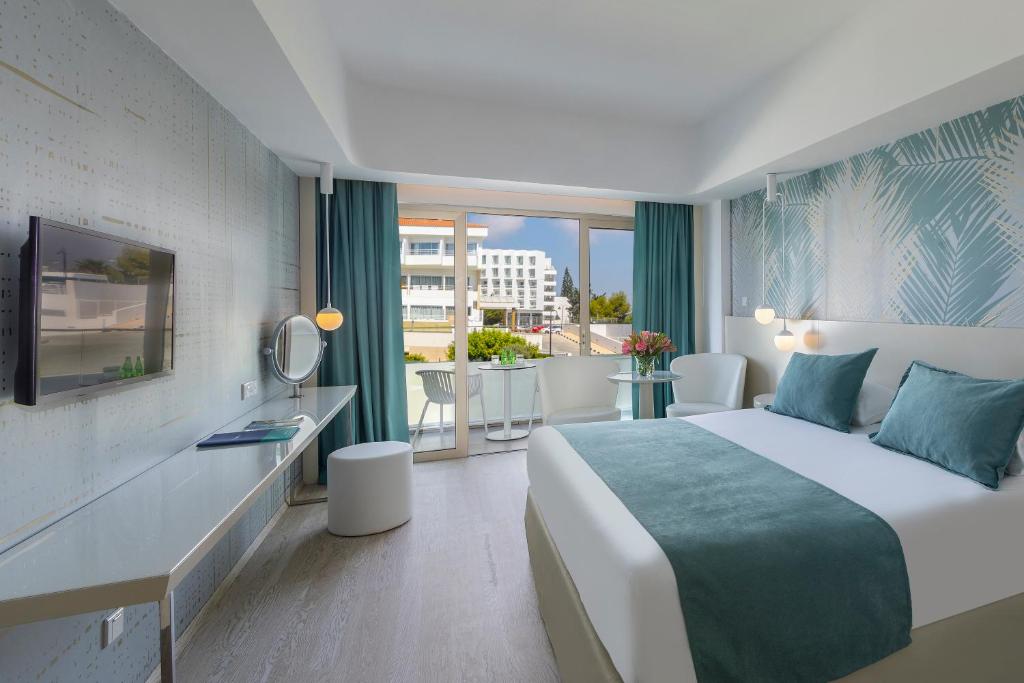 The Ivi Mare - Designed for Adults is a world-class hotel in Paphos. Tombs of the Kings is just 5 kilometers from The Ivi Mare while the Airport is just 12 kilometers away. At The Ivi Mare - Designed for Adults each unit is equipped with a mini-bar, safety deposit box, wardrobe and a flat-screen TV. A Nespresso coffee machine, a kettle, bathrobes and slippers are provided. At the hotel, all rooms and suites are equipped with a balcony and a private bathroom with a bath or shower, while several rooms include direct sea views.  Facilities include an outdoor pool with 10-seated hot tub, an indoor pool and a spa featuring fitness room, sauna, steam room, massage services among others. The reception can provide advice on the area in order to help guests plan their day.
Read more Book now
8.8 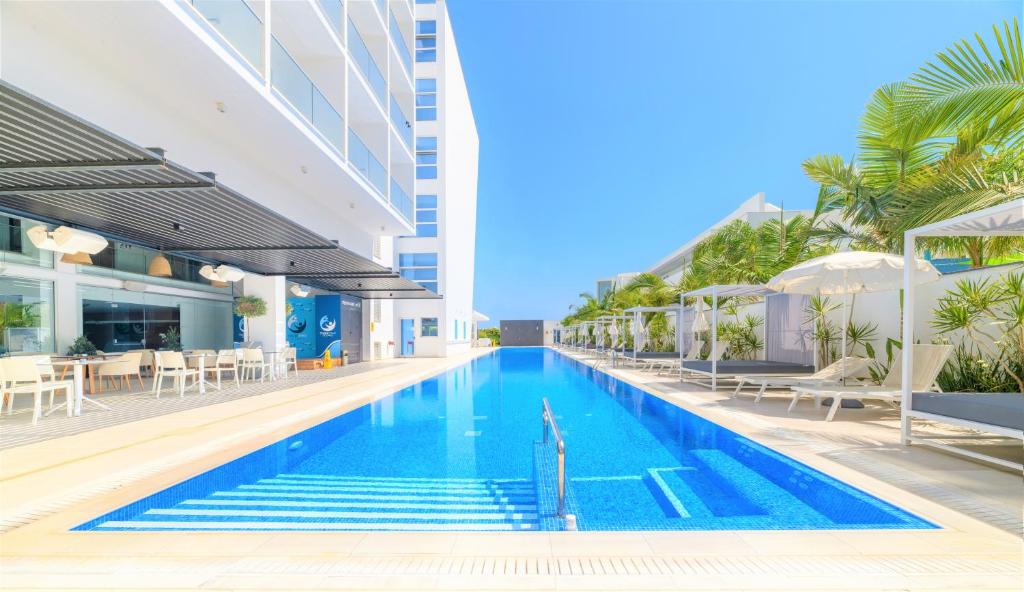 Seasons Hotel - Adults Only is situated in Ayia Napa, 400 meters from Agia Napa Monastery. WaterWorld Ayia Napa is 5 km from Seasons Hotel, while Thalassa Museum is just 300 meters away. It is a modern hotel with beautiful colorful lights outside. Each room of the hotel is fitted with a flat-screen TV with satellite channels. Air conditioning comes standard. The swimming pool area is always very peaceful. The adult-only Seasons Hotel is offering an outdoor pool and views of the pool and you can enjoy the on-site bar.
Read more Book now
9.2 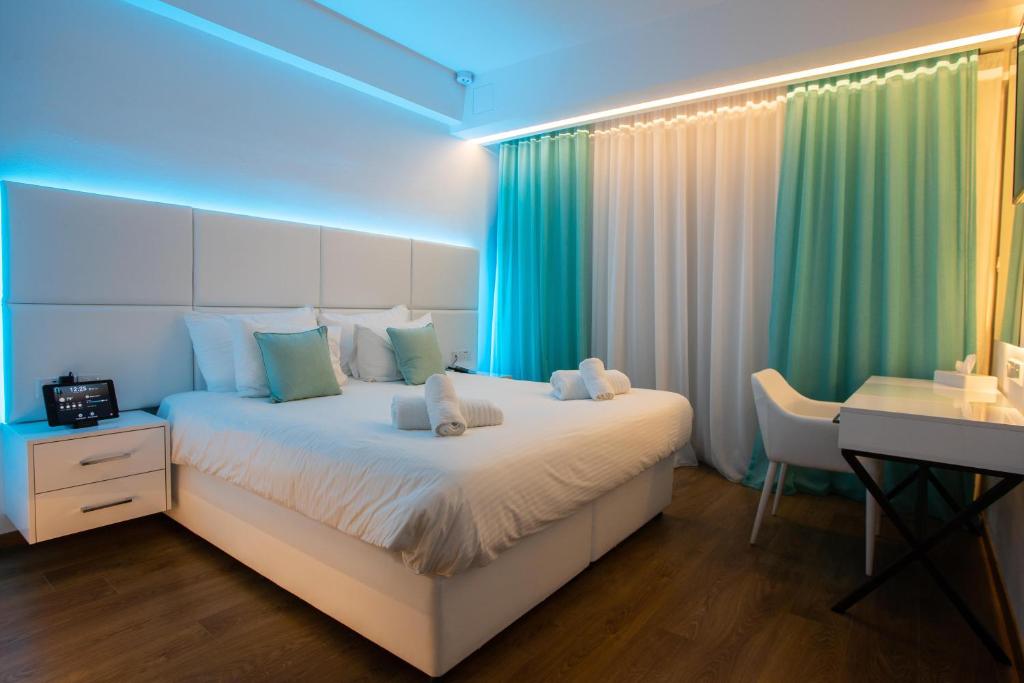 Hotel Napa Suites - Adults Only is boasting an outdoor infinity pool with magnificent views over Ayia Napa. The smart Hotel Napa Suites (Adults Only) features state-of-the-art in-room technologies and free WiFi throughout. All rooms have contemporary design and are fitted with an iPad Air 9.7” with which guests can control the hotel room, including drapes,temperature, colored lighting, wake-up alarm themes and more for an ambient room experience. See all town from great heights at Napaview SkyLounge, the roof top bar.

OTHER ADULTS HOTELS IN CYPRUS 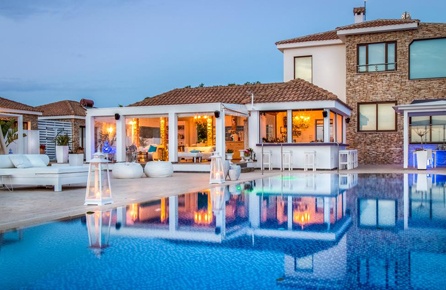 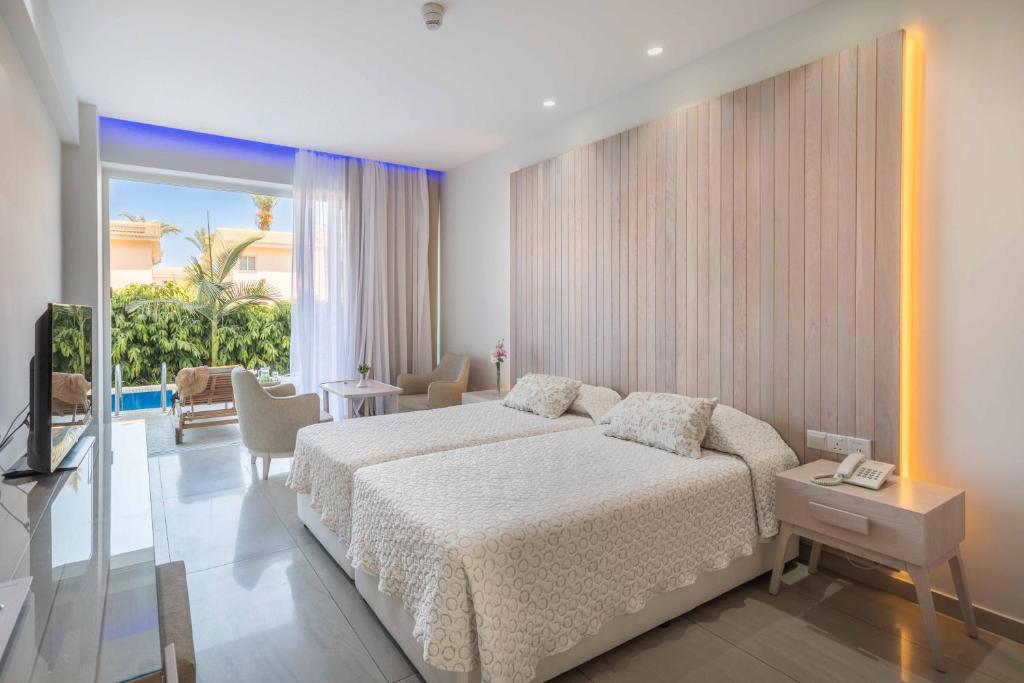 This site uses cookies. Some of them are essential, while others allow us to give you the best browsing experience possible.
Cookie SettingsAccept All
Manage consent

This website uses cookies to improve your experience while you navigate through the website. Out of these, the cookies that are categorized as necessary are stored on your browser as they are essential for the working of basic functionalities of the website. We also use third-party cookies that help us analyze and understand how you use this website. These cookies will be stored in your browser only with your consent. You also have the option to opt-out of these cookies. But opting out of some of these cookies may affect your browsing experience.
Necessary Always Enabled
Necessary cookies are absolutely essential for the website to function properly. These cookies ensure basic functionalities and security features of the website, anonymously.
Functional
Functional cookies help to perform certain functionalities like sharing the content of the website on social media platforms, collect feedbacks, and other third-party features.
Performance
Performance cookies are used to understand and analyze the key performance indexes of the website which helps in delivering a better user experience for the visitors.
Analytics
Analytical cookies are used to understand how visitors interact with the website. These cookies help provide information on metrics the number of visitors, bounce rate, traffic source, etc.
Advertisement
Advertisement cookies are used to provide visitors with relevant ads and marketing campaigns. These cookies track visitors across websites and collect information to provide customized ads.
Others
Other uncategorized cookies are those that are being analyzed and have not been classified into a category as yet.
SAVE & ACCEPT